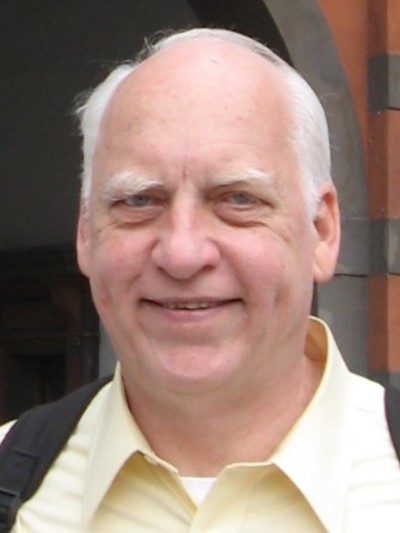 Ralph von Frese obtained the B.A. degree (cum laude) from Park College (Parkville, MO) with majors in physics, mathematics and German. From Purdue University, he holds M.Sc. degrees in physics and geophysics and the Ph.D. degree in geophysics. He also consults for petroleum, mining and environmental companies, and was an Applied Physicist with Bayer Farbenfabriken, A. G. in Cologne/Leverkusen, Germany, Group Leader of the Underground Excavation and Rock Properties Information Center at CINDAS, Purdue University, and Visiting Assistant Professor of Geophysics at the Dept. of Geosciences, Purdue University. He taught undergraduate courses in introductory Earth sciences, geophysics, and environmental data analysis, as well as graduate courses in exploration geophysics, engineering geophysics, Earth and planetary physics, and geomathematics.  Sponsored largely by NASA, NSF, and the hydrocarbon industry, his research focuses mostly on satellite gravity and magnetic studies of the Earth, Moon, and other planets. His more notable recent research results include an explanation for the ‘Man in the Moon’ in the context of the lunar core effects of giant meteorite impacts as inferred from satellite gravity and laser altimetry observations. Another widely publicized result is the discovery of a possible giant meteorite impact crater beneath an ancient ice sheet in Wilkes Land, Antarctica that may have contributed to the near total extinction of life about 250 million years ago. Most recently, his use of ionospheric total electron content (TEC) measurements from the Global Navigation Satellite System (GNSS) has garnered extensive press coverage for detecting and locating North Korea’s clandestine underground nuclear explosions.  He is a member of the Society of Exploration Geophysicists (SEG), the American Geophysical Union (AGU), and the Geological Society of America (GSA). He co-founded and chaired, and is a steering committee member of the international Antarctic Digital Magnetic Anomaly Project (ADMAP) that compiles and analyzes satellite, airborne, and ship magnetic survey data of Antarctica and the adjacent oceans.  In addition, he advises on geophysical research projects funded by the Italian Government, the European Commission, Regional Administrations, and other governmental institutions of the Mediterranean area as an elected member of the Scientific Committee of the Center of Integrated Geomorphology for the Mediterranean Area (CGIAM).  He also serves as a founding member of the Ohio Seismic Network (OhioSeis) that advises the Div. of Geological Survey/Ohio Department of Natural Resources and the Ohio Emergency Management Agency on earthquake activity and monitoring within Ohio and the US mid-continent.