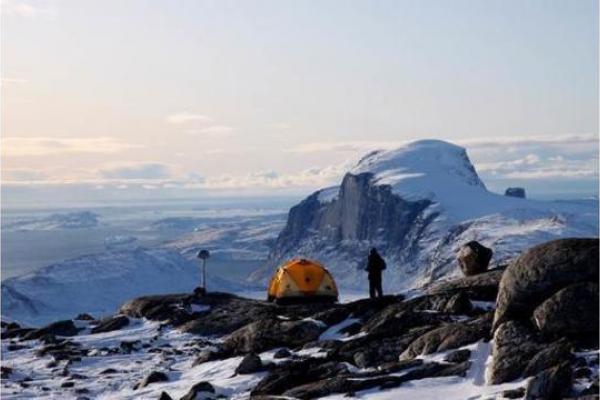 SES geodesist Michael Bevis and a team of collaborators from the USA, Denmark, Belgium, Holland and Luxembourg recently published an article in which they argued that the Greenland ice sheet crossed a tipping point, in terms of its melting behavior, early in this century. They analyzed ice mass changes recorded by the GRACE satellite mission and by the Greenland GPS Network (GNET). Net glacial discharge was accelerating in Greenland from the late 1990’s to about 2006, but the new analysis shows that the main acceleration in mass loss from 2003 to 2013 was centered in SW Greenland, an area almost devoid of large outlet glaciers, and was dominated by melting and runoff. They showed that the amount of runoff was tracking the phase of the North Atlantic Oscillation (NAO), a natural cycle in the pattern of atmospheric circulation in the North Atlantic.  The NAO can now nudge the ice sheet into historically unprecedented levels of summertime melting, because global warming has already brought summertime temperatures close to the threshold of large-scale melting. It could not do this during the last century because the baseline summertime temperatures were too low. The implication is that within 20 years or so, continued global warming will lead to major summertime melting in central west and southwest Greenland, even without a major ‘assist’ from the NAO. During the last century the Greenland ice sheet was remarkably insensitive to global atmospheric warming, but now the ice sheet is very sensitive to it, and to the NAO. There is no going back. This research was reported by dozens of news outlets worldwide, by climate bloggers, and Bevis was interviewed by the BBC, NBC, CBC, London Talk Radio and an Israeli current affairs program.