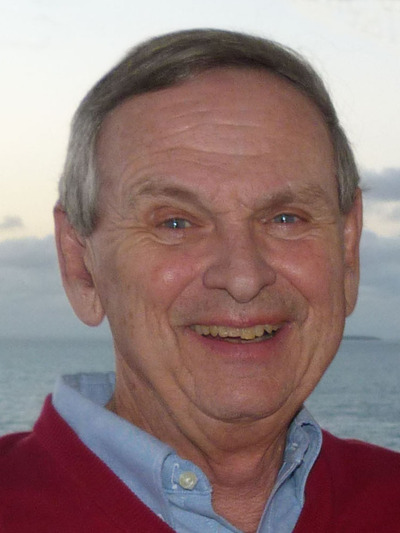 Richard Rapp joined the faculty of the Department of Geodetic Science in 1962 and took an early retirement as Professor Emeritus in 1992. He continued advising graduate students and carrying our research until 1999 when he and his wife moved to Hilton Head Island, SC. His primary teaching and research interests were in geometric geodesy and the determination of the Earth's gravitational field using terrestrial and satellite techniques. He was the advisor of numerous Masters students,  25 PhD students and hosted  17 post-doctoral fellows. He received (1965) the Weikko and Karrina Award, was elected (1979) a fellow of the American Geophysical Union, was named (1986) a University Distinguished Scholar  at The Ohio State University, received numerous NASA groups achievement awards, was a named a fellow of the International Association of Geodesy, and was awarded (1997) the  honorary Dr.-Ing.h degree from the Technical University of Munich. He served (1978-83) as President of the Section V (Physical Interpretation) of the International Association of Geodesy and served (1982-84) as the President of the Geodesy Section of the American Geophysical Union.. He also served on numerous publication boards and was (1984-88) Chair of the Publications Committee of the American Geophysical Union. In addition he was a member of the Committee on Geodesy of the National Academy of Sciences from 1981 to 1987 being the chair of the Committee from 1985 to 1987.

The research areas of interest related to implementing theoretical and numerical techniques to improve the accuracy and resolution in the determination of the Earth's gravitational field. Major goals related to combining surface gravity data with satellite data to estimate improved representations of the gravitational potential that could be used for a variety of purpose including geodetic mapping applications, geophysics, and oceanography. The availability of satellite altimetry was very important in the estimation of the gravity field in ocean areas and as the accuracy and resolution of sea surface heights improved do did the global estimates of the gravity field. This data enabled the estimation of high degree spherical harmonic representations of the gravitational potential. The satellite altimetry data, combined with improved gravity field information, enabled improved determinations of ocean circulation on global and regional basis. The large amounts of data that became available and the implementation of improved theoretical models made the use of supercomputer processing very important in developing new models.