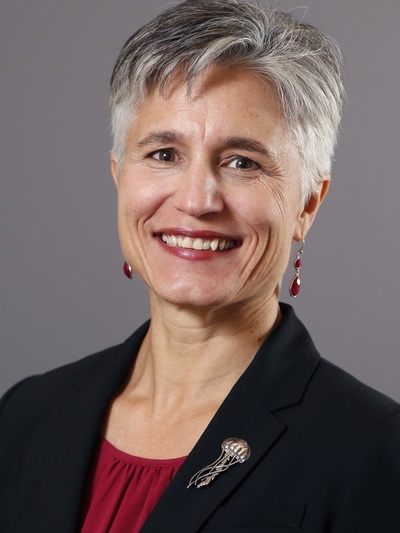 Professor Grottoli received her BSc. from McGill University (1992), her PhD from the University of Houston (1998) and completed postdoctoral training at the University of California – Irvine (2000).  She and her team are focused on three areas of research: 1- determining what drives resilience in corals in the face of climate change, 2- reconstructing oceanographic conditions in the past based on coral skeletal isotope and trace metal records, and 3- the impact of land-use on the delivery of carbon to small tropical and temperate rivers. Grottoli’s current research is funded by the Division of Oceanography at the National Science Foundation. She established the Stable Isotope Biogeochemistry Laboratory facility in the School of Earth Sciences. Professor Grottoli has won several awards including the F.W. Clarke Award in Geochemistry, the Mid-Career and the Best Paper Awards from the International Society for Reef Studies, and the Voyager Award from the Amercian Geophysical Union’s Ocean Sciences Section. She has published peer-reviewed journal articles in such journals as Nature, Global Change Biology, and Geochimica et Cosmochimica Acta, and she and her work have been featured on National Public Radio and several websites and newspapers. She is currently a full Professor and Chair of the Promotion and Tenure Committee in the School of Earth Sciences at the Ohio State University, a Fellow of the International Society for Reef Studies as well as a AAAS Fellow, President of the International Coral Reef Society, and the Director of the NSF-funded Coral Bleaching Research Coordination Network.

All SES Members
Water, Climate and the Environment