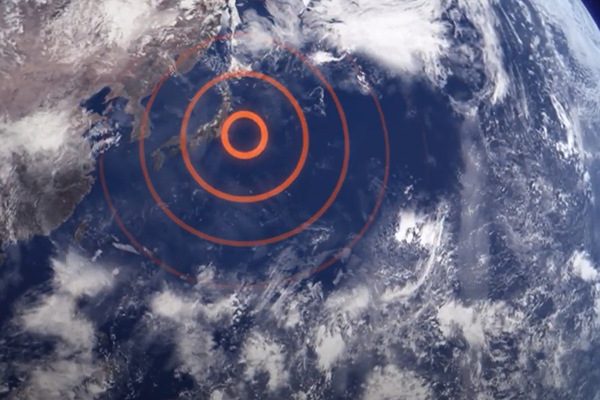 The land masses of Japan "wobbled" in the months leading up to a devastating magnitude-9.0 earthquake in 2011, new research shows. A new study co-authored by Earth Sciences professor Michael Bevis found that the landmass shifted from east to west to east again in the months prior to the 2011 earthquake and subsequent tsunami. The finding could offer clues about how to watch for future large-scale earthquakes in subduction zones.

“What happened in Japan was an enormous but very slow wobble – something never observed before," Bevis said. "But are all giant earthquakes preceded by wobbles of this kind? We don’t know because we don’t have enough data. This is one more thing to watch for when assessing seismic risk in subduction zones like those in Japan, Sumatra, the Andes and Alaska.”

The wobble would have been imperceptible to people standing on the island, Bevis said, moving the equivalent of just a few millimeters per month over a period of five to seven months. But the movement was obvious in data recorded by more than 1,000 GPS stations distributed throughout Japan, in the months leading up to the March 11 Tohoku-oki earthquake.

The findings were published today (April 30) in the journal Nature.